11.11.2012. The world premiere of Martin Georgiev’s London Songs on Bagryana Poems, commissioned by the AmBul Festival for American and Bulgarian Music in Sofia, Bulgaria for the Stankov Ensemble was given by within the framework of the festival, at the Philip Koutev Hall at UBC, Sofia, Bulgaria.  Stankov Ensemble will give a second performance of the work at the Varna Summer International Music Festival 2013. 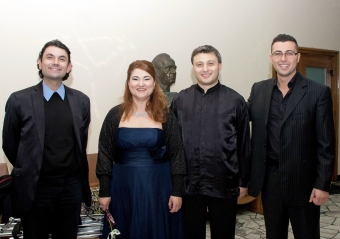